DEHSART was featured in the Fall 2013 edition of the City of Palmdale’s news magazine program, Backdrop Palmdale, which airs every day on Palmdale Channel 27 on Time Warner Cable.  Standing on site near Intervention A, we talked with Benjamin Lucha from Palmdale Public Works about the DEHSART project, re-framing waste as resource and the scale of the illegal dumping problem in the Antelope Valley.

You can watch the entire episode featuring interviews with Joel Greene from Curiosity Quest and local environmental stakeholders online at www.cityofpalmdale.org. To view the programming, simply click on the Channel 27 icon.

Thank you Armin, Ben, the City of Palmdale, and the AV Illegal Dumping Task Force for your support! 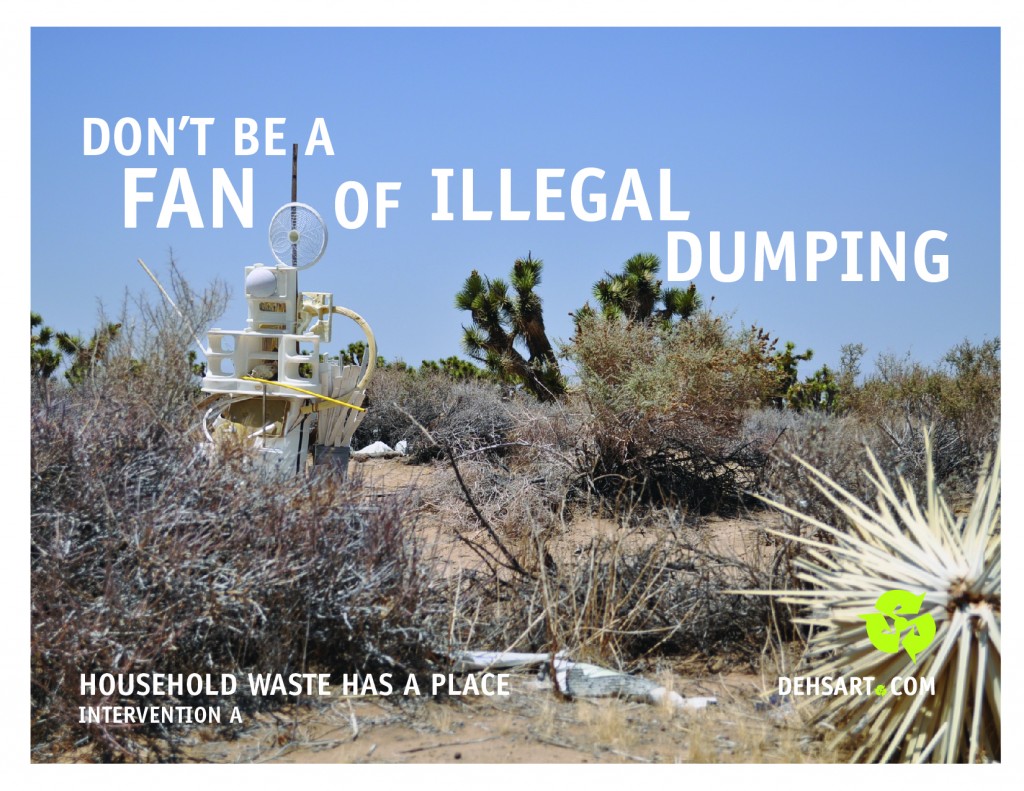